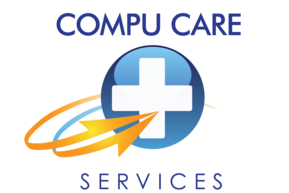 A new and aggressive SCAM: Where a fake tech support caller claims he needs access to your computer to fix a non-existent bug. The  twist involves the caller  actually installing a virus on victims' computers.

How the Scam Works: You get a telephone call from someone claiming to be with tech support from a well-known software company. Microsoft is a popular choice. The callers often have strong accents but use common names such as "Adam" or "Bill." The scammers may know your name and other personal information, which they get from publicly available phone directories. They might even guess what computer operating system you're using.

The caller tells you that your computer is sending error messages, and they've detected a virus on it. He says only a tech support employee can remove the virus, but first you need to grant him access to your computer.

If you give the OK, the caller will run a scan of your files and actually point out how the virus has infected the computer. The scammers then offer to remove the virus.... FOR A FEE. Of course, they need your credit card details first.

Here's the twist. According to the FBI Internet Crime Center those who allowed the caller remote access to their computers, whether they paid for the virus to be removed or not, reported difficulties with their computer afterwards. Some said their computers would not turn on or certain programs/files were inaccessible.

Some victims even reported taking their computers for repair, and the technicians confirmed software had been installed.

What to do if "Tech Support" Calls?

Never give control of your computer to a third party unless you can confirm that it is a legitimate representative of a computer support team with whom you are already a customer.
Never provide your credit card or financial information to someone claiming to be from tech support.
Take the caller's information down and report it to your BBB,  www.gobbb.org.
If you did allow a caller to access your computer:

Change the passwords for your computer, email and online banking/credit card accounts.
Be sure to run a virus scan
Consider placing a fraud alert on your credit report if you shared personal and banking information with the scammer.